Candlelight Vigil in solidarity with the three victims of the shootings in Chapel Hill (North Carolina).

A Candlelight Vigil was organised by University of Ottawa students on Friday February 13th in front of the Morisset Library in solidarity with the three victims of the shootings in the Chapel Hill, North Carolina, on February 10th.  The vigil coincided with similar actions around the world condemning the murders and the associated hate, drawing attention also to experiences elsewhere including of minorities in our own communities.  Participants expressed remembrance, shared experiences and called for universal respect for human rights, including the right to equal treatment under the law, freedom of religion, and protection of personal integrity. 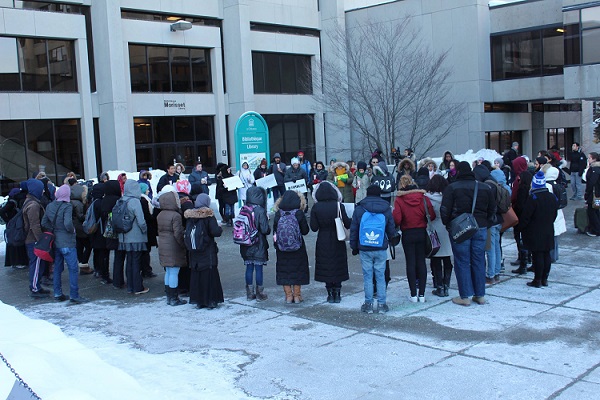